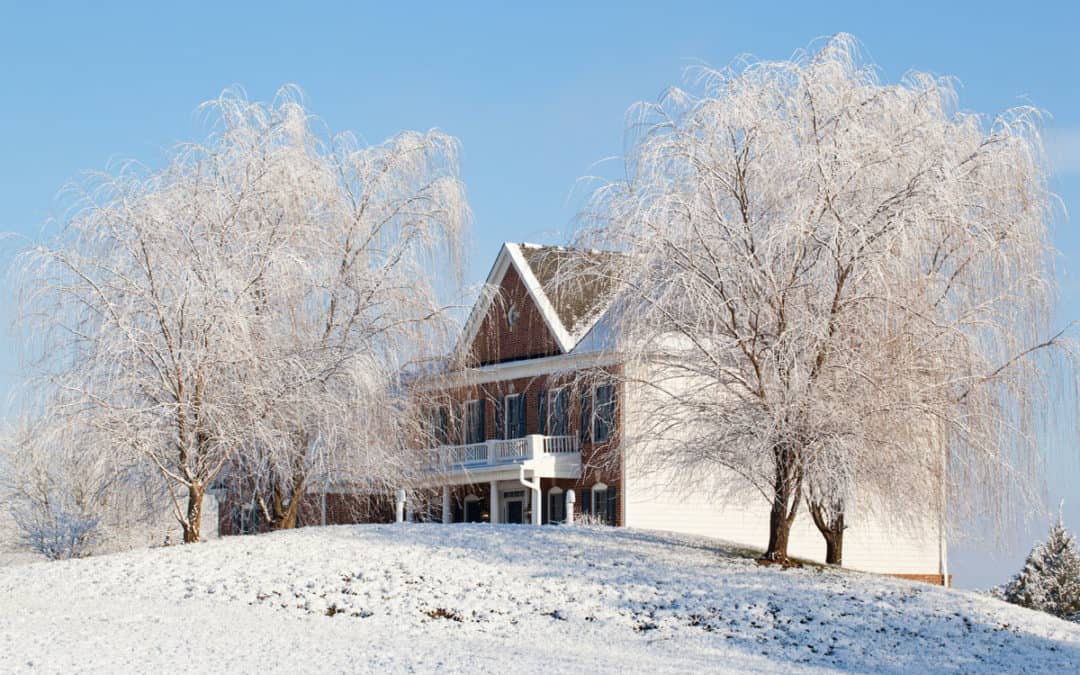 Preventing Frozen Pipes in Your Southeast Michigan Home This Winter

Have you ever placed a can of soda in the freezer for a quick chill, then forgotten about it? If you have, you know what happens – it explodes. The same is true of water; when it freezes, it expands. When the unfortunate happens and water freezes in your pipes, they can burst, resulting in not only a mess, but serious damage.

While you may think water freezing and turning into ice causes a pipe to burst, this is not really the case. What actually happens is that when a pipe becomes completely blocked by ice in one spot, water continues to try to flow, which means continued freezing and even more expansion. Ultimately, water pressure is increased downstream, or in the area between the blockage and a closed faucet, which results in excessive water pressure. The area where the pipe actually bursts is not where you would assume, where the ice blockage is located, but rather in area with little or no ice. Typically there is not pressure build-up upstream of the ice blockage, because water can retreat back toward its source. This means that a break in a pipe usually isn’t caused by a build-up of water pressure, but by ice blockages. To prevent a burst pipe caused by water freezing and forming ice blockages, it’s recommended you protect pipes by insulating the pipes themselves, placing them within an insulated area of a building, or heating the pipes.

Homeowners in the southern region are actually more susceptible to frozen pipes and a resulting burst, simply because pipes are often located in areas which are unprotected because of the warm climate. Pipes may be located outside of the building insulation, and because winters are typically not as cold as in northern regions, homeowners are less concerned or even unaware of freezing problems. Most who live in the south experience freezing problems only a time or two during winter months, if at all. Those who live in northern states are more aware of the potential of freezing temperatures causing problems. Most homes are built so that water pipes are located inside of the building insulation. This provides protection for the pipes when temperatures plummet. However, it’s important to keep in mind that when the weather is particularly frigid, pipes may still freeze and burst if holes exist in the structure which permit a stream of cold air to come into contact with water pipes. Pipes located in certain areas are more susceptible to freezing, including those located in crawl spaces, outside walls, and attics. This is particularly true when cracks or holes exist which allow cold outdoor air to flow across the pipes. According to the results of research conducted by the University of Illinois, wind chill is a big factor when it comes to pipes freezing and bursting. Just as cold wind causes a loss of body heat in humans, wind chill accelerates the freezing of water and thus ice blockages form. Additionally, the material pipes are constructed of and their size also plays a role in how quickly ice blockages will form. Most water pipes are composed of PVC or copper, however with sufficient insulation the risk of an ice blockage is relatively low. It’s also important to keep in mind that cold air may access pipes through holes in outside walls where telephone, cable or satellite lines or television lines come into the house.

When do Temperatures Pose a Threat of Freezing Pipes?

When should you be worried that your water pipes may freeze? Generally speaking, pipes which are not insulated or protected in some fashion can withstand temperatures to about 20 degrees F. This has been determined based upon research which found that in the south where water pipes are often not insulated or exposed to cold air, the onset of freezing occurred when temperatures outdoors dropped to 20 degrees F or below. A survey of more than 70 plumbers located in the south revealed that for the most part, homeowners began having problems with pipes bursting when temperatures plummeted into the teens. However, it’s important to note that pipes can freeze when temperatures are higher than 20 degrees F, depending on other factors such as how strong the winds are and whether pipes are directly exposed to cold temperatures.

Reducing the Risk of Ice Blockages in Water Pipes

How can you minimize the risk of water freezing in your pipes, resulting in a pipe burst? First, it’s important to understand that there is heat in water, which causes the water to freeze when that heat is transferred to air temperatures which are below freezing. While it sounds simple, the best way to avoid the problem is to make certain water pipes are not exposed to below-freezing temperatures.

Avoiding ice blockages in newer homes is easily accomplished, as proper placement of pipes (inside insulated areas, for example) can be implemented into the design. It’s best when possible not to run water pipes through crawl spaces, attics, outside walls, or other areas that make the pipes more susceptible to freezing. When possible, insulate pipes or have them run through conditioned spaces.

In older or existing homes, the solution may not be so easy. There may be situations where your plumber can re-route those pipes which are most at risk of ice blockages. When this is not practical, water pipes should be properly wrapped or fitted with insulation sleeves, ensuring there are no gaps which may expose any section of the pipe to sub-freezing temperatures. You can find the right type of insulation in most home supply, hardware, or plumbing stores.

Check your home for any holes or cracks which may be present in foundations or outside walls where water pipes run. When you find any cracks, gaps, or areas where cold air may come in contact with pipes, seal them with caulk. When temperatures drop to the point you worry about freezing pipes, leave cabinet doors underneath sinks in the bath and kitchen open so warm air can reach the pipes. There are also electric heating tapes and cables which can be run along pipes to prevent freezing, however these must be used with extreme caution as there is a risk of fire if manufacturer’s instructions are not followed carefully.

Letting a faucet drip can also prevent a busted pipe, as an open faucet provides relief from the built-up pressure that builds when an ice blockage forms. A very slight drip will prevent build up of pressure in those pipes most vulnerable to freezing.

Suspect a water pipe has frozen?

Call a plumber immediately if you turn on a faucet and not water runs. Never attempt to thaw a frozen pipe yourself with an open flame, as this could potentially start a fire or cause damage to the pipe. Turn the water off at the main shut-off valve should a pipe burst, and allow faucets to remain open until you or the plumber completes any necessary repairs. A hair dryer may be effective in thawing out the pipe; be sure to begin close to the faucet end, working your way toward the coldest section of pipe.

If you plan to be away from home for a lengthy period of time during the coldest winter months, consider the temperature you set your heating on. While you don’t want your furnace to run the entire time you are away, keeping it set a little higher could prevent your pipes from freezing and bursting. Also, consider draining the water system, so that there is no water in the pipes to freeze. This can be accomplished by shutting off the main water valve, then opening every faucet or water fixture until the water ceases to run (both hot and cold lines).